Opening up the first night of film club is the cult classic from 1971 Willard. A riotous rodent revenge story about Willard Stiles a bullied, social misfit who gets a little help from his beloved rat friends. “Say hello to my little friends”
Don’t mess with Ben and his band of brothers. This film I can imagine would of fitted in nicely as a Twilight Zone episode too.

The film stars a young Bruce Davison as Willard (Who went off to be slimy Senator Kelly in X-Men 2)
Movie machine Ernest Borgnine (The Dirty Dozen and when Disney goes dark and moody, The Black Hole)
and Sondra Locke (before she married a certain Clint Eastwood and starred in a hundred of his movies)

I didn’t know it was based on a novel called Ratman’s Notebooks by Stephen Gilbert in 1969. 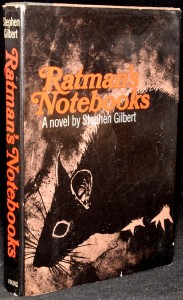 It had a remake in 2003 with the weird and wonderful chiseled cheekbones Crispin (George Mcfly) Glover giving Willard a creepier look. It was directed by Glen Morgan and is actually pretty good and well worth checking out.

Can you believe there was a sequel to the original film called Ben? I’ve never seen it or knew about it until today! Going straight on the watch list.

OK the film is about to start. Please sit and join me with a  Bourbon Whiskey on the rocks or a drink of your choosing, relax back and enjoy this classic piece of cinema.