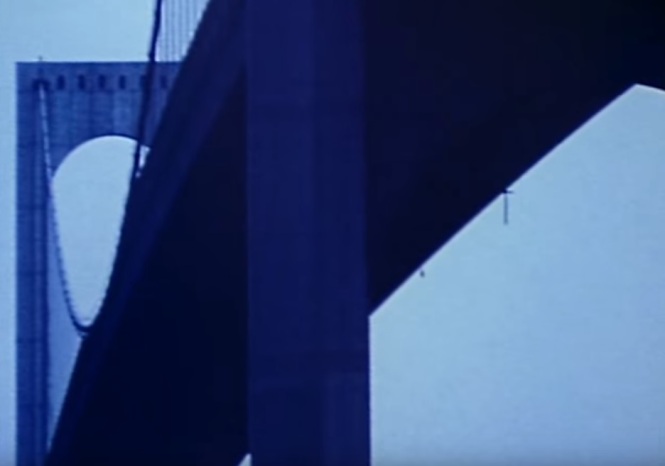 Abstract montage of New York bridges to the sound of freeform jazz or electronic magnetic soundscapes? Which one is best? There’s only one way to find out! FIIIGGHHT!

This creative and experimental film Bridges-Go-Round was made by independent filmmaker Shirley Clarke in 1958. What looks like an 8 minute short film is in fact the same 4 min film played twice but with different soundtracks.

Composer and music producer, Teo Macero supplies the fresh and moody jazz soundtrack for the first run of the film. The music has added voices, which gives a sense of eerie populated movement within the city, even though no human beings are seen. This all adds to a very science fiction feel. A futurist look at a city, many years ahead of 1958.

The second part pushes that feeling further and gives the bridges an out of this world surreal feel, maybe we aren’t on this world at all, a far away planet with electronic music constructed by possible aliens, Bebe and Louis Barron. Pioneers of electronic music, they were light years ahead with their sounds and had only a few years earlier composed the soundtrack for the science fiction classic Forbidden Planet (1956). 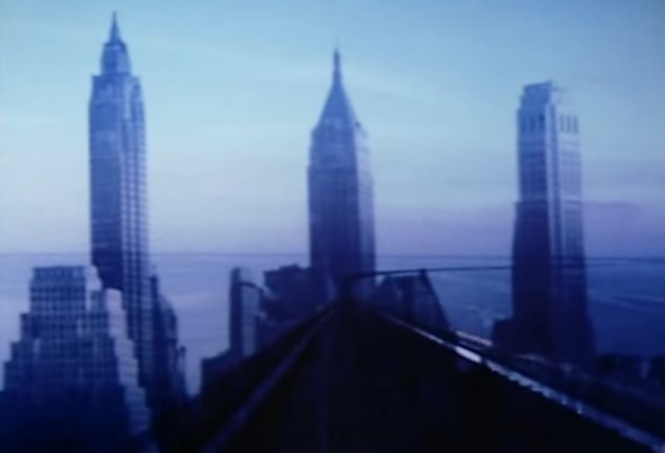 The use of these differing musical styles and Shirley Clarke’s imaginative experiments in mixing the architecture of bridges and skyline structures is truly creative and conveys a different feel and mood. The movement and colour changes reflecting the grand scale of the metal frameworks of mass steel and iron is very impressive. 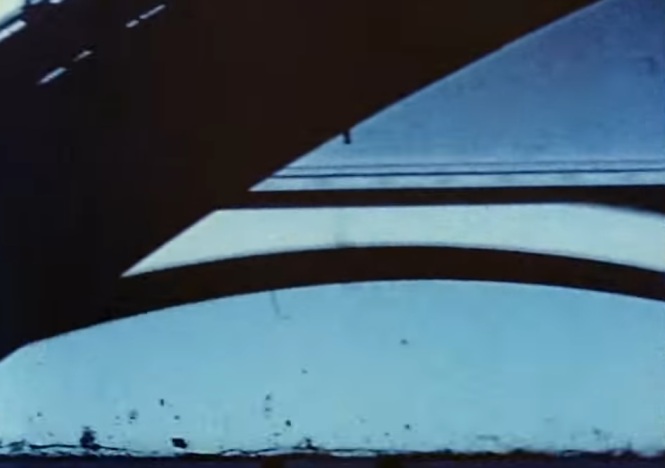 The descriptions are just my thoughts, everyone is likely to get a different feel from their viewing.  I had to call it a draw between the two, I just can’t pick a favourite. Have a watch below and see what you think…… Mikey the Wolfman