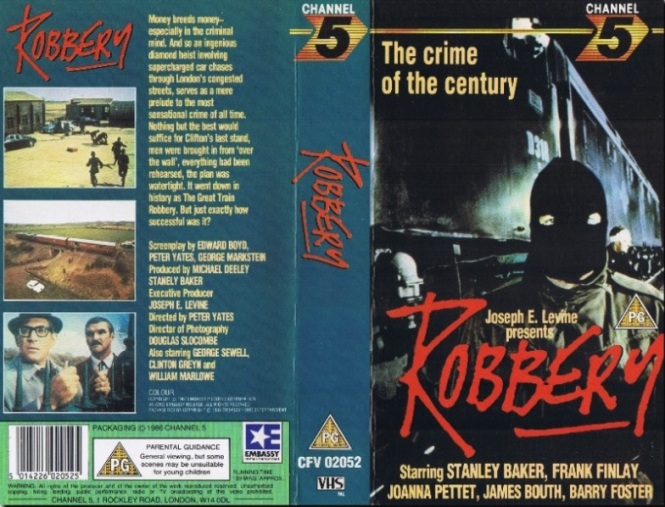 Stanley Baker plays Paul Clifton, a man with a plan. An ultra-careful plan he painstakingly put together, every angle researched to perfection, no stone unturned. This plan is rock solid, no way the rozzers going to get wind of this plan. Hey! by the time the old bill get wind of this job we are going to be high and dry and fancy free. Ain’t nothing that could go wrong!

Robbery is roughly based on the 1963 Great Train Robbery but with all the characters names changed and all the build up to heist fictionalised.  From what I read, the actual robbery itself is based entirely on the account evidence used in court to avoid any legal issues. 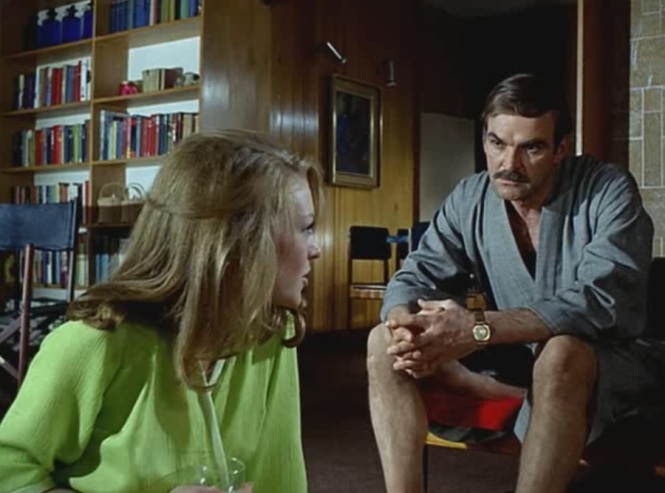 Watch out for low hanging fruit there Stanley!!

Paul Clifton uses his skills to fund the “big one” with a smaller job first. A daring jewelry heist using a stolen ambulance and a timed gas unit. This goes perfectly until the Po-Po give chase, what expires is a first rate high speed pursuit though the streets of 60’s London. Now this chase is so dramatic, incredibly frantic and expertly filmed. With Jack (Clinton Greyn) calmly slamming the beautiful silver 1964 Jaguar MK II around tiny streets, under railway bridges and side roads. So impressive that the one and only Steve McQueen saw this chase and pushed for the director Peter Yates to be used for a certain classic car chase movie, Bullitt.

With the funds for the train job secured the planning starts as we follow Stanley’s character around getting the gang together. Some are easy to recruit, others not so much, resulting in a jail break and a rival gang who want plans changed.

The “hit” is a Royal Mail money train travelling from Scotland and passing through London.  The bank carriage is seriously filled with dough. It needs to be moved swiftly out of Britain to Switzerland leaving enough time for the Fuzz to cool off.

Now one of the problems is the gang is getting bigger and bigger. This really is a great train robbery. From electricians to paid off railway workers, watchers, drivers, and grafters to transport the bags to vans and money counters. That’s a hell of a lot of people to organise in this ambitious plan.

In the dark of night can they keep unseen from the Blues and Twos? Can all these gangster get along? How tight is mastermind Clifton’s super plan? Can they stay out the way of the Babylon? It might be history but hey they have changed some stuff, hunt it down for a viewing if you fancy it or maybe you’ve seen it? Let me know what you thought if you wish.

Here’s the intro, featuring Johnny Keating’s firing jazz score with a speeding train flashing by as brass horn’s stab the grooving music as it shoots though stations in the dead of night. The scene had me hooked.

For that authentic feel I suggest you grab a pair of your old ladies tights and stick them on your head as you watch it! Looks sheepishly from side to side…

Have fun keep watching movies. All the best…. Mikey Wolfie