I try to read as little as possible when searching for a new film to watch. I like to see the movie poster, find out the director, give the cast a quick scan, a quick glance at the IMdB score (a healthy 7.2) and maybe a quote of the plot.

“A quirky combination of Elvis and the punk scene”.

Out Of The Blue ticked all the right boxes. A coming of age road movie with added punk rock and teenage kicks, directed and starring the awesome Dennis Hopper. Excited, beer poured, note pad on hand, this was going to be a good post for this here film blog? 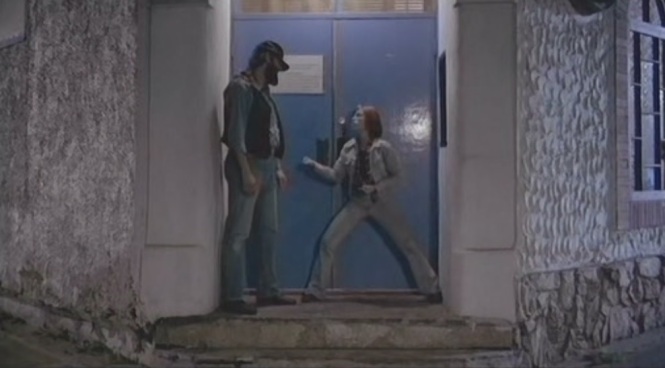 The opening scene involves a truly horrific truck crash and a broken down school bus. From then on you know you’re not in for a happy journey. Flash forward five years and we meet Cindy Barnes AKA Cebe (Linda Manz). Straight away I knew this tomboy girl with a massive attitude, it was Peewee from The Wanderers. One of my favourite films growing up, Peewee was the pint sized tiny terror and queen of the gang The Baldies.

She has that same psychotic temperament here, the poor girl has had a shitty life. Dad, Don (Dennis Hopper) banged up in prison and soon to be released raving alcoholic and Mum, Kathy (Sharon Farrell) a tramp and drug addict. Cebe has had a rough time of it but she is fiercely independent and a real live wire firecracker.  And one thing worse than the pain etched on her face, is her contempt for disco music. 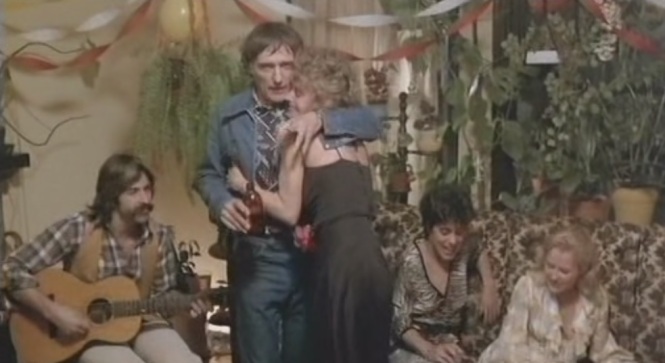 Under that double denim and Elvis badges is the tough exterior of a vulnerable angst-ridden little girl but she deals with the life she has been handed with the style of a wrecking ball and a raised middle finger. 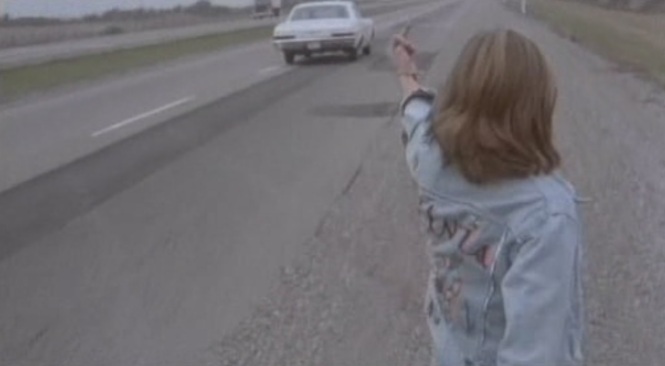 Escaping to the city of Vancouver, she walks the dangerous line of freaks and weirdos of the night arriving at a concert of crazed like minded youths jamming to the sounds of Pointed Sticks.

Beating drums, toking spliffs, witnessing fights, fleeing rape, she had a big night ending with a visit to psychiatrist Dr Ironside, (Raymond Burr). To be honest that crazy night is a walk in the park to what is to come! Because when the relentless end comes, it smashes you square in the face with a sledgehammer. It’s unforgiving, dark, emotional and, well, pure punk rock.

I had written some notes during the film but when it ended I thought I can’t post this one, it’s way too depressing. So for the first time I nuked my notes with a cross and went to bed. You know what, in the morning at work all I could think about was the film. It stays with you, damn it is so darn bleak, haunting and deeply traumatising but it did what it set out to do, like a good film should, make you remember it.

Do I recommend it? Well maybe not but if your happy day is say just a bit too happy and you want to bring it down a notch or two then by all means reach for the play button. The star of this film is by far Linda Manz, she gives it everything and makes the film. Shame she didn’t become the big star she should of been.