Standing nervously in the dark of a small cheap bed and breakfast. A haven for now. He knew he wouldn’t have the appetite for the breakfast and he certainly wouldn’t sleep a wink. He paced the room. The streetlights casting shadows across the room. Dreadful images constantly twisted in his mind. Thoughts of what he planned to do consumed his soul. He wasn’t a bad man but he knew his name would go down in the history books as an evil harbinger of death!

Clasped within his arms was his leather suitcase. Harmless enough you say! What could be inside? What could be all so terrible? Well, something unimaginable! An object containing enough power to wipe half of the city of London to the ground. An act that physically sicken him. He detested himself. What drove him was the determination to save the world. He had to make the government stop and listen. They were out of control. This was the only solution. To kill thousands to save the world!

Tagline – An A-Bomb is Loose…In the World’s Largest City!

Professor Willingdon (Barry Jones) had been working on Britain’s atomic weapons program. It was exciting work to start with. His work was fundamental to the project. Suddenly the realisation had hit him. With the sheer scale of atomic weapons being produced he’d become increasingly aware of the danger which was unfolding. He had to put a stop to this madness. But how? As he packed a nuclear warhead inside his briefcase!

The Prime Minister receives a letter, with an ultimatum. In seven days, at the strike of noon, he would unleash the true power of the stolen contents of his bag on the City of London. Unless that is, the PM can guarantee that the government stops all stockpiling of nuclear warheads immediately. The PM quickly recruits Scotland Yards Special Branch to track the professor down. Lead by Detective Superintendent Folland (André Morell) he starts to piece together his whereabouts. The manhunt had been started with immediate effect.

It was late. Midnight had come and gone. Still he paced. The landlady listened from the room below. Shuffling noises came from the ceiling. Why doesn’t he sleep? Who was this strange man that kept walking on the wooden floor?

Tagline – A Boulting Brothers Thriller With A Difference! 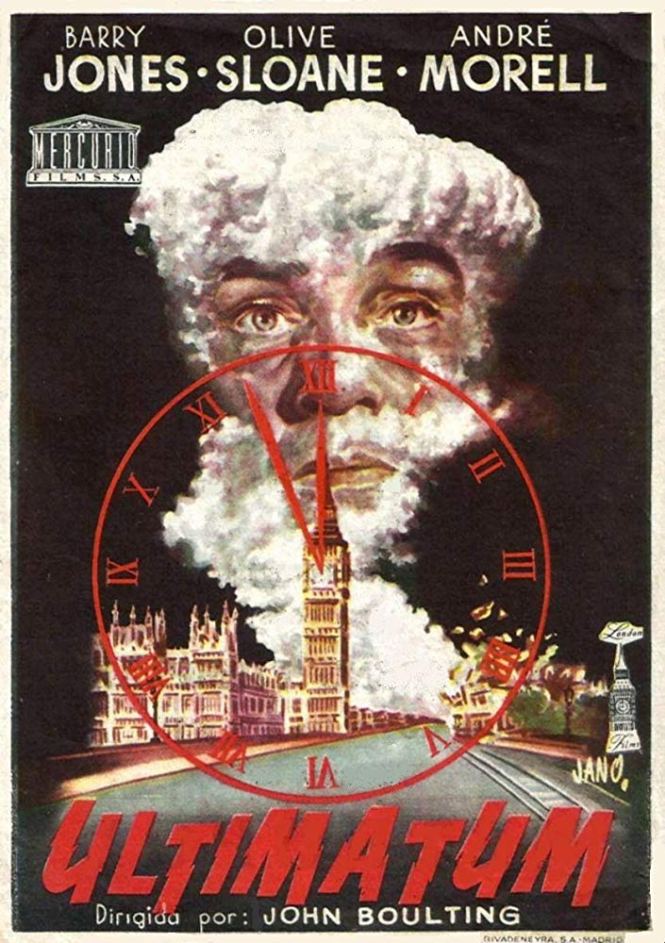 This is a superb and suspenseful, top rated thriller. You feel for all involved as their character development is built up. Intelligently worked in an almost documentary style letting you feel the tension portrayed through the performances. With the Cold War starting to set in strong around the time, you can feel the real paranoia and the fear edging in. You feel for the conscience of Professor Willingdon as his soul is broken with his ultimatum. Is he wrong or right to even contemplate such a devastating act? With such power and destructive force just inside a harmless Gladstone bag. Only a fingertip distance from total destruction!!!!!