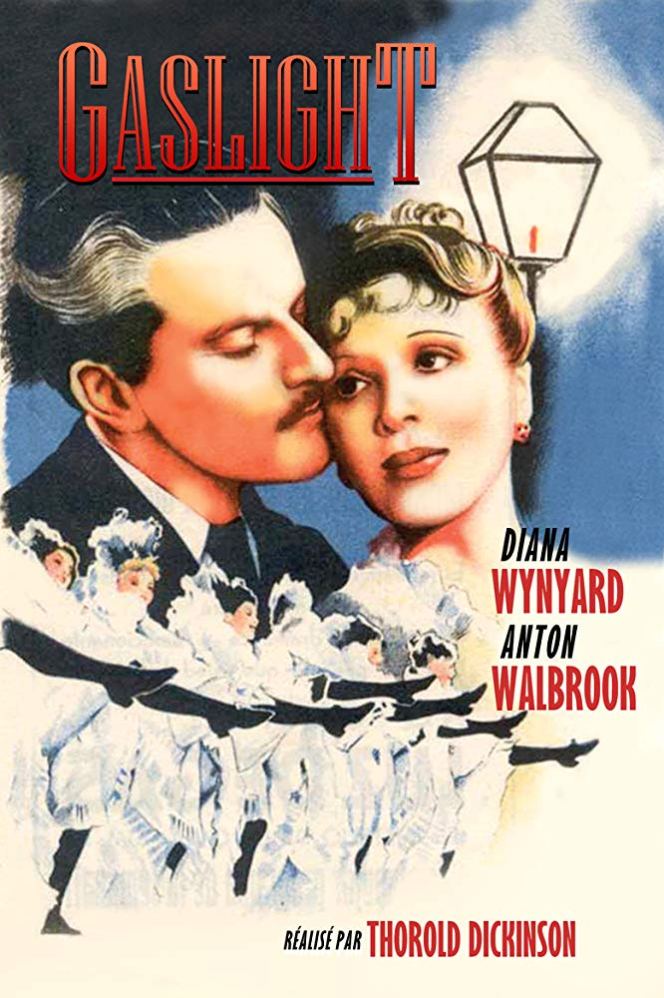 Something dreadful is afoot at number 12 Pimlico Square. This is my review for Gaslight (1940)

There’s been a brutal murder and a terrifying robbery. Fast forward 10 years and the once vacant and decaying terrace house has new owners. A happily married couple? Well they would be if the lady of the house wasn’t such a, living in denial, kleptomaniac. Maybe she’ll need to go to an asylum?

Gaslight is set in Victorian London, England. Mostly on location within the rooms of the grand terrace house. With a few excursions out and about around town. A little wander in the smog filled park and a joyful visit to a posh music hall.

Anton Walbrook is pretty new to me so please recommend his films. The only other one I’ve seen of his is the 49th Parallel (1941). I know I need to see Michael Powell and Emeric Pressburger’s two films with him in called The Life and Death of Colonel Blimp (1943) and The Red Shoes (1948). The only other two cast members I recognized was Robert Newton who is famous for his portrayals of Long John Silver and Blackbeard. Though I’d highly recommend you check him out in the superbly dark Obsession (1949) which I featured on my blog. The other guy I knew was Jimmy Hanley who I’d first seen in the rookie cop, bobby on the beat drama, The Blue Lamp (1950) and just recently in the World War Two film with David Niven called The Way Ahead (1944)

Gaslight is directed by Thorold Dickinson. Based on a 1938 play by British playwright Patrick Hamilton who’d earlier penned the 1929 play Rope. Which would famously become the Alfred Hitchcock classic starring James Stewart. Gaslight would become famous in a few other ways. Strangely with the word coming back into fashion. “Gas-light to manipulate (someone) by psychological means into questioning their own sanity.”

Gaslight (1940) would go on to have a more well known bigger budget American version in 1944. With Charles Boyer and Ingrid Bergman taking on the married couple. Now I never knew any of this. I do so love learning doing this blog. Well, apparently, MGM not only bought the rights to the film but they had added a clause insisting that all existing prints of the original 1940 version be destroyed. Even wanting the negative to be erased. Lord have mercy that someone didn’t read or even listen to that insane proposal.

Another great bit of info I’ve just read. The stage play opened on Broadway New York under the different name of Angel Street. With the one and only Vincent Price gaining the rights to the play and taking the main role. Judith Evelyn would play his wife.

Opening hard and savage. Then dialing it straight back for a few minutes!. By jove old bean this is one intense psychological thriller. All helped along with a sinister performance by Anton Walbrook. What with his Austrian accent, mannerisms and a mad swish streak of white hair through his mane that gives him an almost Dracula quirk. Just the concept of this film is dark but seeing the manipulation and pain Diana Wynyard is put through is something else for a film from this time. Plus you get some underlying naughty sordidness in the dialogue to keep you on your toes.

“You will die, raving, in an asylum!”
“It’s a dirty evening for a stroll sir?” “There’s a lot of dirty things in London”
“Hit me, hurt me, do anything but for Pete’s sake, speak to me.”
“Knife? What knife? Do you see a knife in my hand?”
“When I married you, you were normal, at least I thought you were.” 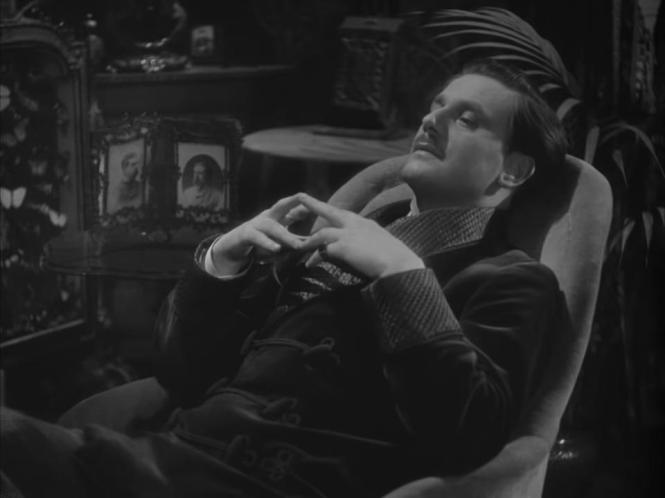 Oh my days! I wasn’t expecting this one to be so incredibly dark and at the same time an extraordinary rewarding viewing experience. Gaslight plays so well on it’s intense psychological thrills. It’s almost horror in nature. So yeah Anton Walbrook might ham it up a bit but he’s just perfect for the part. You feel yourself holding back boos and hisses whenever he’s on screen. Everything about the film is a fantastic achievement and I haven’t even mentioned Frank Pettingell. He’s an extremely likable, inquisitive, old police detective who sniffs something fishy is going on. He reminded me slightly of Charles Laughton.

I’m very intrigued to see the 1944 version. Though I felt this 1940 version, along with it’s history, made a perfect viewing experience of me. I will endeavor to see it for comparison. I wonder if I’d have seen them around the other way it would of been different?

With a fast paced no nonsense run-time of 84 minutes. This exciting film can be found on YOUTUBE.

Feel free to let me know you thoughts on this one if you wish.. Keep having fun at the movies…. Mikey Wolf