I’ve been trying to get to this Ernest Borgnine’s Italian love story and family drama for many years now! At last! Here’s my review of Marty

Bug eyed, stocky framed butcher is hen pecked into finding a bride. Tried of trying and being constantly brushed off. He picks himself up for another go for his beloved mother. With ever changing melodramatic issues arising between his family and friends, maybe just maybe, there’s love for him out there?

Set in 50s New York’s borough of the Bronx. We follow Marty chatting to his mother at home. Sit with him in a diner trying not to organize nights out on the pull with his best mate Angie. Walk the busy streets at night and stand around awkwardly looking for dames to dance with at the Stardust Ballroom. And while at his day job, he chops up meat steaks whilst getting mothered by all the female customers.

Ernest Borgnine could very well be in everything? Well he certainly seemed like it. So many decades of film that guy appeared in over 60 plus years. I could name tons but here’s five with a few I’ve done posts on. He gets his ass given to him in Bad Day at Black Rock (1955). Stars as an Amish farmer in Violent Saturday (1955). Plays Dutch in The Wild Bunch (1969). Gets sucked into a Black Hole (1979) and gets to do a dodgy Russian accent in Ice Station Zebra (1968). Oh and he got to be a superhero too? Mermaid Man from SpongeBob SquarePants. The guy was legend.

On watching the film I knew I had seen Betsy Blair before but I couldn’t put my finger on it. Then I remembered! She had a crazy look in her eye! The Snake Pit (1948) with Olivia de Havilland. I’m sure I’d recognized Joe Mantell? He’d been in Chinatown (1974) and many TV shows from The Man From UNCLE to Mannix to Ironside. Random factoid I noticed about Marty’s cousin in the film played by Jerry Paris.  Alongside many TV appearances he had also directed Police Academy 2 & 3! Yep!

Marty is directed by Delbert Mann in his debut feature film in the chair. Though he had already directed many television shows, one being the teleplay of Marty in 1953. That version had starred Rod Steiger. I’d love to see his portrayal of the Italian butcher looking for love. It’s actually on YouTube here Marty (1953) Teleplay

American playwright Paddy Chayefsky had written the screenplay which earned him the first of three Academy Awards. The other two were for The Hospital (1971) and Network (1976). Marty did extremely well at Academy Awards winning 4 Oscars including Best Actor for Ernest, Best Motion Picture, Best Director and Best Adapted Screenplay. Both Betsy Blair and Joe Mantell got nominated for Best Supporting Actors.

Well this one doesn’t like hit like a sledge hammer as such but it does have an underlying rump of sadness cut with a ham glazed slice of bitter sweetness. There’s pork chop slabs of rejection but luckily Marty’s big, broad, massive smile warms you like a slow roasted leg of lamb. His kind nature is underpinned with a rack of ribs covered in sweet barbecue sauce. “Ok enough all ready with the butcher shop nonsense Wolf boy!”

“You get kicked around long enough, you become a professor of pain”
“And one fact I gotta face is that, whatever it is that women like, I ain’t got it.”
“College girls are one step from the street”
“I’ve been looking for a girl every Saturday night of my life.”
“She’s a dog and I’m a fat, ugly man!” 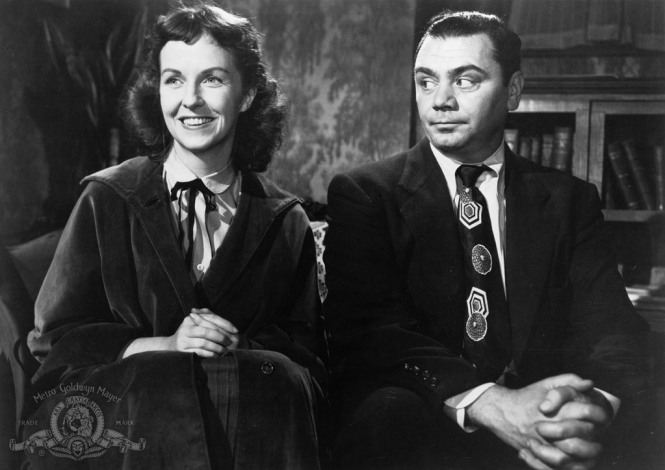 This is a beautifully made film. It’s hard to imagine Ernest Borgnine in a romantic lead but he’s so natural. You are there with him on his journey. You root for him, feel his pain. You cringe as he makes his phone calls. You smile as he nervously just can’t stop yapping. You wanna hug him when he’s having to deal with rejection. It’s all in Ernest’s wonderfully acted mannerisms that lead you on this emotional ride. You know what I cried a little. Hey it was Sunday! #YouAllowedToLetYourGuardDownOnSundays.

Feel free to let me know you thoughts on this one if you wish.. Keep having fun at the movies.. Thanks always on popping on by to see what I’ve seen. All the best.. Mikey Wolf