I don’t manage to watch as many westerns as I’d like to. No real reason. I tend to bypass them when I’m ready for a film. Usually prefer to opt for a thriller, something dark. A drama. Saying that one of my top ten films could possibly be a western. Will one day soon do an article on that mystical western I do so love. However chatting about favourite westerns with Todd, my film buddy over at Cinema Monolith, it was raised that Jeremiah Johnson was one of his. The Sydney Pollack directed one with that Robert Redford fella. I didn’t know it. Well I’d heard of it. Never seen it. To be honest I didn’t know anything about it other than the title and Mr Redford don’s a big ass beard in it. Actually whilst watching the film I realised I’d used the GIF of beardy smiley nodding Redford in a few text messages over the years and never realised. Maybe it was Grizzly Adams! A wild Zach Galifianakis?

“Me? Go off topic! Never!” Watching films and seeing famous GIFs has now happened twice in two days. Introduced Happy Gilmore (1996) to my son Kofi. Halfway through we get to Happy’s love interest, the character Virginia. She turns up in fantasy dream in sexy lingerie. BUT sexier than her in suspenders is the fact she’s carrying not one big flagon of beer but two! Oh my days! I guess whats worrying is how did I forget that sequence of events? I’d been happily forwarding that message out over the years for our Friday boys pub nights. Haha total oblivious to the fact that I really should of remembered where it came from.

Not only that! I then just learn that the girl with the lovely beverages is Julie Bowen. Otherwise known as Claire Dunphy from Modern Family. I never realised even whilst watching just a few days ago. So as you can see I rarely, if ever, go off topic! DOH! “Reel it back in Mikey. I know everyone left already but dude get back on track. What was I doing? A western? Oh yes Jeremiah Johnson, yes Mikey you back.”

Lock down was here. I’m not watching as many films as I had first imagined. Kind of thought I’d be knocking numbers like 3 a day. In reality it’s about 5 a week. Pretty much no change from normal. The day still flies on by as if I was at work. Putting the death, chaos and destruction to one side I’ve been extremely humbled to have been able to spend beautiful time with my family. Eating together, walks and exercise together everyday. It’s been lovely. Then in a blink of an eye the call comes from work and it all comes to an end next week. Time to run back up the road for more beer, drown my sorrows, supplies.

“Damn it Mikey you blithering idiot! You’ve the attention span of a twitching chihuahua! Please just do the bloody film man.“

Jeremiah Johnson – The Low Down

Jeremiah Johnson (Robert Redford), disillusioned by fighting in the Mexican War of 1846, decides to live the life of a mountain man. To live an almost hermit existence in the bleak winter months of the Rocky Mountains of Northern America. To live off the land as a trapper. Hunting for his food and becoming one with the wilderness. His first winter is arduous. He’s not adapt or skilled enough for the harshness of his new chosen home. A land designed to kill you. The story of Jeremiah Johnson is like an epic Ulysses journey. You follow him right through his learning curve voyage of survival. Fortune follows his good spirit in the beginning months as he meets a series of characters. Each helping him in differing ways. The first is the crazy, eccentric Chris Lapp (Will Geer) aka Bear Claw. He’s a friendly soul. A bonkers old codger obsessed with hunting Grizzly Bears. He helps Jeremiah learn the skills he will require to survive.

Soon his path will cross with the local Native American tribe called The Crows and the warrior Paints His Shirt Red (Joaquín Martínez). Then other tribes like the Flatheads and Blackfoot warriors. All sharing the vast lands. It’s a brutal life. The rookie Jeremiah soon learns the harshness of this terrain and what is needed for survival. Soon to be saddled with a “son” Caleb (Josh Albee) and then married to, no cooking skills, Swan (Delle Bolton). His life is changed once again. We all know when things start to look happy in these films that it can only mean one thing. And after that one thing Jeremiah don’s what looks like a pug dog’s head as a hat. Becomes a one man killing machine. As a constant barrage of warrior crows fling themselves at him in a nuts suicidal ritual of revenge.

Things I’ve Learnt Along The Way

The photography is stunning. Purely sublime. It really takes your breathe away. It’s hard to fathom what it would of looked like if it was studio based and filmed on a studio lot! It certainly would not have been the epic film that I just watched! Just to sit there for two hours watching the journey of Jeremiah Johnson unfold was deeply rewarding. The visuals, the scenery, the bleakness and beauty. There’s a few lighter moments that make you smile alongside, the inevitable, unsettling sadness. At the end you really feel you’ve been on a journey. Totally knackered. Yeah I was late to the game but I got there in the end.

Next up on the western watch list in the coming weeks I will be watching two other Todd recommendations. Anthony Mann’s film Winchester ’73 (1950) that stars James Stewart and Shelley Winters. And the Howard Hawks movie Red River (1948) with John Wayne and Montgomery Clift.

Thanks Todd and thanks to anyone who got through the top waffling at the beginning. Please except my apologises. I assume everyone has seen Jeremiah Johnson? What’s your memories on that one and what is your favorite western’s may I ask?

Keep watching the screens. All the best… Mikey Wolf 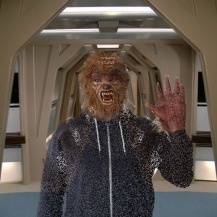 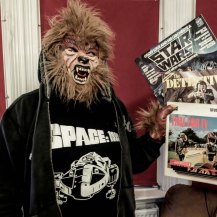