1995’s Twelve Monkeys is up there in my top 10 science fiction films of all time, somewhere near the very top. Everything about Terry Gilliam’s vision and David Webb’s screenplay is absolute perfection. I knew that it was inspired by a short sci-fi story called La Jetée (The Jetty) by an experimental filmmaker and photographer called Chris Marker but I hadn’t seen it until now! END_OF_DOCUMENT_TOKEN_TO_BE_REPLACED

Abstract montage of New York bridges to the sound of freeform jazz or electronic magnetic soundscapes? Which one is best? There’s only one way to find out! FIIIGGHHT! END_OF_DOCUMENT_TOKEN_TO_BE_REPLACED

Here’s is one of Christopher Nolan’s first short films called Doodlebug from 1997 which clocks in at an epic three minutes, well actually it’s a little under. But the director still manages to throw enough crazy ass shit at the screen in this super low budget film. Paranoia, panic, frustration and obsession and even a Twilight Zone twist in it’s ridiculous short run time. It’s really very good.

END_OF_DOCUMENT_TOKEN_TO_BE_REPLACED

The short film format is an excellent place to experiment with quick punchy tales. It’s quite a feat to get a story across in five minutes or so but to also get feelings for a character and thought provoking enough to add wonder in such a short time is very impressive.

Room 8 is directed by James W Griffiths and written by himself and Geoffrey Fletcher. It was part of 5 short films which became finalists for gin maker Bombay Sapphire competition called Imagination.

It stars Tom Cullen (Downton Abbey, Black Mirror) and Michael Gould (Rogue One). Set in prison jail cell with a curious little red box. Have a quick watch to see what unfolds.

It gets comparisons with one of Christopher Nolan’s short films from 1997 called Doodlebug (I’ll post that soon) but I feel it’s more of a homage with a similar idea but differently executed.

Groundhog Day meets The Twilight Zone in this head scratching time bouncing, loop de loop, flashback mystery. Poor Myron Castleman, played by Kurtwood Smith, is stuck living the same 59 minute loop on his lunch break. It’s quite the conundrum for the guy, who appears at the same place at 12.01pm no matter what he does. Can he break the pattern and solve the mystery before it drives him quite mad? END_OF_DOCUMENT_TOKEN_TO_BE_REPLACED 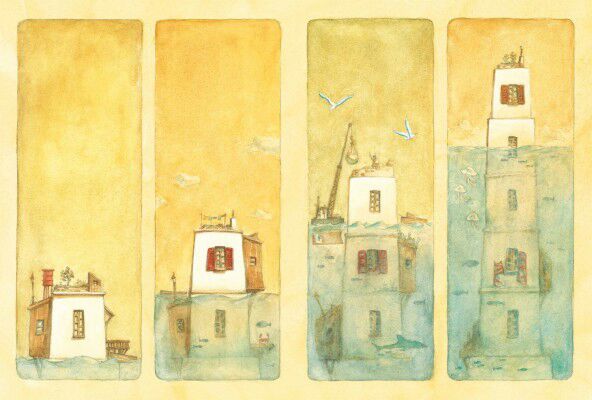 Yes the wolfman does have a soft and cuddly side. I just try not to channel it too much due to the fact the salty tears make the fur under my eyes all knotty. There was no escaping it from this little emotional gem though. In similar tone of getting old and looking back at those treasured memories that Pixar’s UP smashed us straight in the face with a water cannon. This beautiful short animated film is from Japan and written and directed by Kunio Kato and Kenya Hirata. Known originally as Tsumiki no ie. END_OF_DOCUMENT_TOKEN_TO_BE_REPLACED 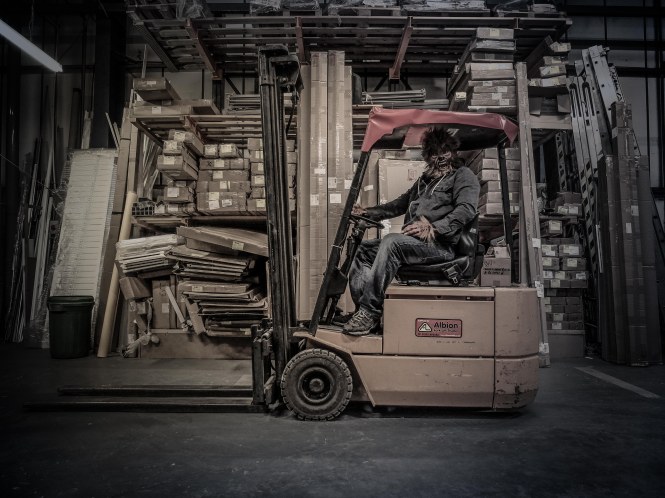 Many years ago I had attended a course for my forklift license. Twelve of us sitting around a projector screen really not wanting to be there, half dozing off and all getting a little tetchy. In walks the instructor, a tall German guy with a cheeky grin. He pulls out a VHS cassette tape and explains to us the video he is about to show us is the first part of the test and if any of us are squeamish or easily shocked then to please leave now. I gave a little growl “haa what me” and we had a little giggle. 10 minutes later, one guy had been sick and another had left the room but to me it was just another night prowling the city.