Netflix paid for itself nicely this month with the superb 6 x episode documentary about a crazy cult,in the Wild Wild Country. What a compelling and fantascing story, if it wasn’t for all the bonkers footage you really would think they were making it up as they went along. But they had tons and tons of footage, that left your jaw permanently on the floor. Superb and very recommended.

Then I rinsed through the remake of the classic Lost In Space series. This is very good family fun as we follow the Robinson family through their trials and tribulations. Sometimes you just want to shut off and watch some sci-fi stuff and this was very enjoyable I thought. The robot effects and design are very cool and the kids aren’t too annoying!.

OOooo something back for a second season on HBO! I’ll do that one next month but the opening episode was incredible, so very very happy.

Right on to the important stuff, the films.

Brainstorm (1983) – Wolfman Rating 6.5 – IMDB Rating 6.5
Douglas Trumbull directs this quirky little sci-fi thriller. Have look what I thought over at Wolfie write up.

Lifeboat (1944) – Wolfman Rating 8 – IMDB Rating 7.8
Alfred Hitchcock’s water based world war two thriller focused on a group stuck on a lifeboat after being torpedoed. As you would expect it was another fine piece of brilliance from the director. The twist at the end I had predicted didn’t come but it would of been a bit depressing in actual war time, so best it didn’t! hehe

Isle Of Dogs (2018) – Wolfman Rating 10 – IMDB Rating 8.2
Wes Anderson smashes another animation delight right out the park. Multiple watches are going to be a certainly. Best thing though was watching with my daughter Nyah and then traveling to London the next day to see all the set design on display. A perfect day.

Witness for the Prosecution (1957) – Wolfman Rating 10 – IMDB Rating 8.4
Seriously I can only give this film top marks, I smiled and felt a warm feeling throughout this Agatha Christie adaptation directed by Billy Wilder. Charles Laughton was just perfectly wonderful and naughty all at the same time. I hope to revisit this again very soon.

Airport 1975 (1974) – Wolfman Rating 5.5 – IMDB Rating 5.6
Haha I hadn’t seen this for years. Best bit is spotting all the crazy stuff which Airplane spoofed and realising it’s just as hilarious in this, especially as it being serious. Folk singing nun’s, Hare Krishna’s, sickly sweet Linda Blair and Charlton Heston in bonkers outfits, oh and trying to work out if Karen Black is cross eyed or just has eye sockets too close together.

The Breaking Point (1950) – Wolfman Rating 7.5 – IMDB Rating 7.4
John Garfield stars the captain of a charter boat who gets into all sorts of trouble when he goes against his better judgement and takes on a few cash jobs when he hits hard financially times.

Midnight Run (1988) – Wolfman Rating 9 – IMDB Rating 7.6
Oh how much did I enjoy watching this action pack comedy gem again. Superb cast and Robert De Niro and Charles Grodin are so brilliant together. Yaphet Kotto hilarious straight faced all through the film was a big high moment. Top notch entertainment. Strangest thing though, for the last 30 years I thought it was directed by Martin Scorsese and would of put money on it!!! Not until doing this post that I now see it’s by Martin Brest! Doh. Wow, now I know…

The Incident (1967) – Wolfman Rating 10 – IMDB Rating 7.8
Hits you straight in the kisser with an uppercut. Oh my I could not stop thinking and talking about this one. Fantastic performances. Top dollar. Wolfie write up here.

The Invisible Man (1933) – Wolfman Rating 9 – IMDB Rating 7.7
Seen this classic in my teens, so it was well in need for a rewatch. I remembered all the beginning and the ridiculous crazy screaming landlady and that genius iconic banaged faced Claude Rains. I did not remember it being so brutal later on and what with the state of the art effects of the time, this still holds up as one of the classics of horror. I’m going to treat myself to all the other James Whale pictures in the coming months.

Fury (1936) – Wolfman Rating 8.5 – IMDB Rating 7.9
Was recommended this by the excellent Cinema Monolith movie site. Slowly ticking off Fritz Lang films and hadn’t heard of this one. Stars Spencer Tracy, Sylvia Sidney and Walter Abel. It’s brutal and shocking and edge of the seat stuff. Cheers Todd for the heads up.

Hangmen Also Die! (1943) – Wolfman Rating 8.5 – IMDB Rating 7.5
Another Fritz Lang and another recommend, this time from Maddy Loves Her Classic Movies. If you’re interested have a pop on over to see the Wolfie write up here.

Notorious (1946) – Wolfman Rating 8 – IMDB Rating 8
Another Alfred Hitchcock ticked off the list. I’m really in a brilliant position being able to watch all these thrillers, dramas of his for the first time. Slowly working my way through and what a joy it is. Cary Grant and Ingrid Bergman get caught up spying on Nazi’s

Never Let Go (1960) – Wolfman Rating 8.5 – IMDB Rating 7.1
Well worth tracking this superb crime thriller down, especially to see Richard Todd and Peter Sellers act against type. Have a look what I thought if you fancy on my Wolfie write up.

You Were Never Really (2017) – Wolfman Rating 7 – IMDB Rating 7
Lynne Ramsay next movie after the dark 2011 We Need To Talk About Kevin. Joaquin Phoenix plays a messed up veteran in this violent and dark thriller. It has a short runtime and has elements of Taxi Driver mixed in with brutal flashes like last years Brawl in Cell Block 99. It has a deep message in there, worth a look.

He Ran All The Way (1951) – Wolfman Rating 8.5 – IMDB Rating 7.1
A great write up over at Mikes Take On The Movies who recommended the movie along with The Breaking Point. As an introduction to John Garfield, both these two are a top place to start. Unfortunately this was Garfield’s last film but he leaves a lasting impression. Also stars Shelley Winters looking her usual innocent self before she’d go off and be crazy as Ma Baker amongst other things.

Blow Out (1981) – Wolfman Rating 6 – IMDB Rating 7.4
John Travolta is a low budget sound man who accidentally records a car accident that leads to a whole heap of trouble. I might be a bit harsh as a lot of people have fond memories of it. It was OK I thought maybe see what I thought over at Wolfies write up here.

It was yet another fun month, any goodies in there you have seen and liked? Thoughts, recommends etc always welcome.

Keep watching the screens. Thanks for having a gander. Michael Wolfster 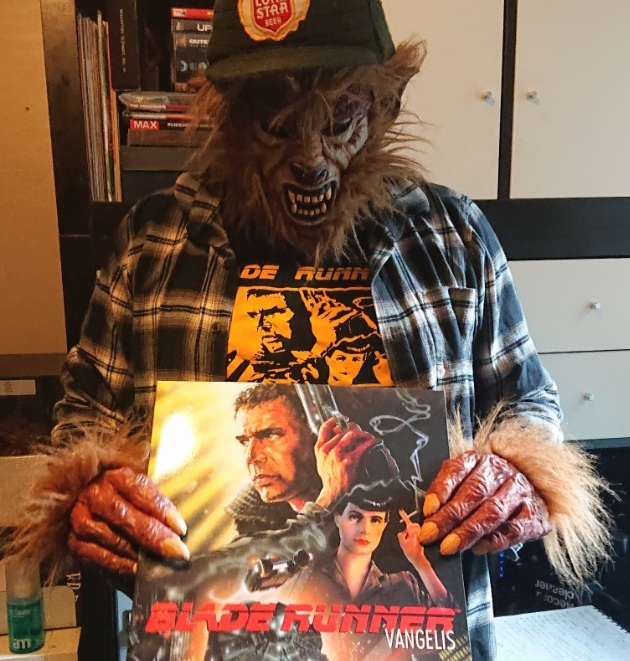